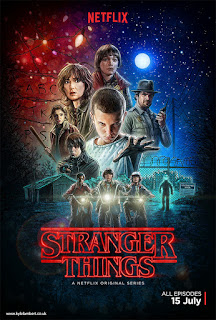 The Duffer Brother's "Stranger Things" pays homage to Spielberg or Zemeckis' character driven sci-fi movies from the 80's. It perfectly captures the era, and the sense of wonder and magic of "ET" or "Back to the Future". Though the show itself is pure Spielberg, the Austin synth band S U R V I V E's score borrows more heavily from John Carpenter, with a dash or two of Vangelis' score to "Blade Runner". The opening titles are spot on, simple and effective and augmented perfectly by the arpeggiated analog (sounding) synths. This score has just enough of a modern sensibility to keep it from merely being a rehash. S U R V I V E are obviously well versed historians of the synthesizer, and that's reflected in their good choices here. The whole packaged is super entertaining, highly recommended. Streaming now on Netflix. Buy S U R V I V E's music here.

Posted by Jake Zavracky at 2:12 PM 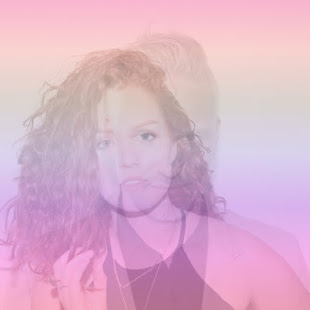 Soundstripe is a blog about indie and cult soundtracks by me, Jake Zavracky, a Brooklyn based composer of music for television, and half of the duo The Dream Eaters. Hear my scores at zavracky.com. Follow me on twitter: @jakezavracky.
Part of the Horror Blogger Alliance